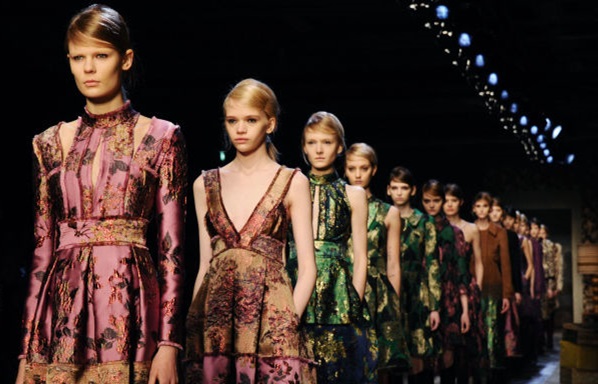 Studs In Our Eyes at London Fashion Week 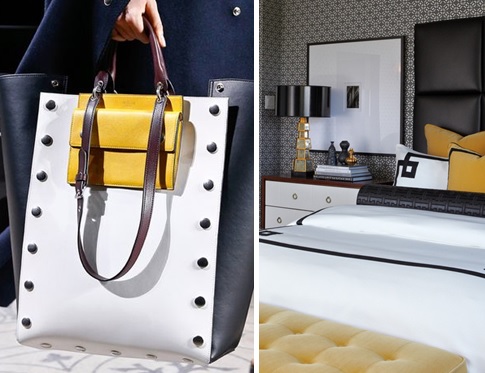 As style-setters flocked to our capital city, we also took a seat to enjoy and bask in colours, cuts, patterns and trends that emerged from the week of glamour. The team at Oliver Burns eagerly awaited the collections to see how our designers could take inspiration from the runways, as the boundaries of fashion, art and interiors continue to blur.

Studs took centre stage on the runways as many of our favourite fashion houses such as Mulberry, Alexander McQueen and mainstream Topshop flaunted them in bold statements. Mulberry heavily featured studs and chains having undergone a re-birth under the direction of Johnny Coca as Creative Director. Much to our delight this new direction led to the return of the quintessentially British Mulberry to London Fashion Week after almost three years. The style of stud featured on the Mulberry Maple handbag translates well to upholstery, giving visual tension allowing for an ageless and edgy appeal often preferred by our designers. 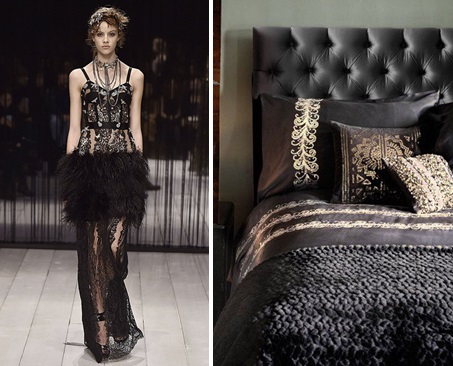 Alexander McQueen, arguably the most anticipated show of the week, returned home from Paris after almost 15 years, and also featured studs amongst other embellishments. Team McQueen showcased rich, heavy, luxurious embroidered materials classically feminine in appeal, remaining true to their signature style. The dark and moody palette of the collection translates well to interior design and can create an intimate atmosphere as well as a sense of depth in a design scheme. McQueen’s use of crystals and feathers is yet another trend strongly mirrored in interior design by the likes of FENDI Casa, Eichholtz, and Ginger & Jagger. At Oliver Burns we weave trends into our designs to create modern classics that focus on showcasing British style and craftsmanship often taking inspiration from the runways. 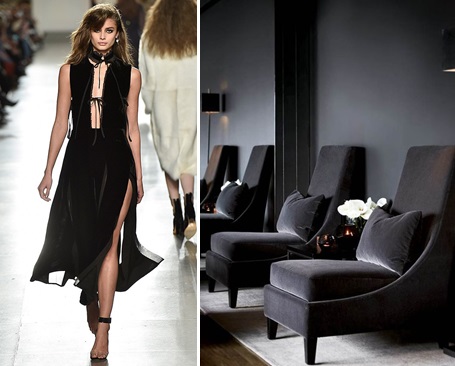 Mainstream Topshop also offered opulent, dark colours in heavy fabrics featuring studs in their “rebel in a rush” collection, emphasising the revival of punk rock; a trend now relevant as people mix high-end and high street brands to create eclectic looks. The central theme of rich colours and featured studwork is something the Oliver Burns team have previously echoed in some of our bespoke designed furniture. 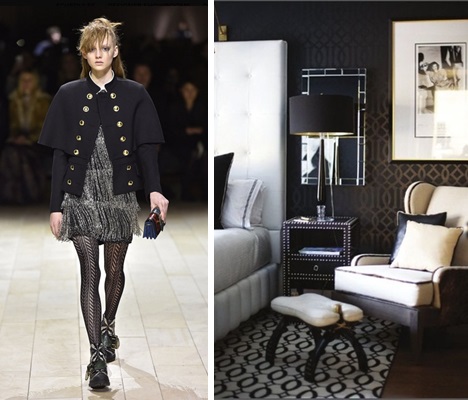 Important innovation on the runway came from Burberry, who saw Creative Director Christopher Bailey announce as of September 2016, both women and men’s collections will be combined in one show, with the removal of pre and cruise collections, as well as a reduced showcasing during men’s fashion week. The removal of a highly trend led calendar is a sentiment that Oliver Burns can relate to as we pride ourselves in offering classic, timeless design with a modern twist.

Once again fashion week provided endless excitement and inspiration reiterating our passion for all things beautiful. Whilst we loved the clothes, without transferrable creative vision they are simply beautiful objects without thoughtful appeal. The collections on show during LFW have inspired us to enhance elements of our timeless and well-loved style. As the master of style, Yves Saint Laurent once said, “Fashion fades, style is eternal”.